skip to main | skip to sidebar

THE JEW WITH THE IRON CROSS AS EBOOK!

Thanks to the wonderful FREE online ebook publisher, Smashwords.com, The Jew with the Iron Cross is now available as an ebook for all digital readers currently available (and the upcoming ones.) Smashwords is a wonderful site, friendly, with clear instructions for anyone (not just nerds) SW provides a free book on promoting one's ebook, once it is published They led me to a wonderful formatter, Shelley Schadowsky, who not only did a swift, reasonable and very professional job of formatting, but also turned out to have lived in the Ukraine where much of Georg's memoir takes place. She has also adopted daughters from the Ukraine and Russia.

To sample or purchase the book:
http://www.smashwords.com/books/view/69159

First off, thanks to Jim Lloyd, the director of Funker Rauch back in May, I'm now able to share with you his news of that event, along with the lovely photos he included. I tried to insert them here but was unsuccessful, but if you follow this link, you will be able to read and view:     http://jim2rob.com/nstage/11naked02.html

This month University of Guadalajara students, Manuel and Marino, who have spent the year photographing Georg's 500 large pencil drawings, finally completed this monumental task. They are such sweet guys, and it's always a treat to have to have them here. Yesterday my photographer friend Luis Mancera also spent the day, and he shared a few special tips with the students that will serve them well in their future.


Manuel and Mario are on vacation from school, so intead of the usual weekend day, they were able to spend 5 whole days, often working far into the night, and finished the photos of the drawings but also began their new, self-imposed task of scanning the hundreds of slides of Georg's oil paintings.

I truly don't know how I became so lucky and said jokingly today that maybe they should do their final theses on Georg, since they are now the two people who know most about his work.


While they were here M and M also did a photo shoot with Paola, the lovely masseuse. I hope to put these photos up on my B and B page soon.

And, last but not least, they also participated in the TV filming for Book Model TV. Since this is a blog about Georg's book and his work, I won't go into that too much. There is a connection, though. Knowing that the crew would be filming I was inspired to tackle the studio which had been sadly neglected. Friend Lety and I deep cleaned,  pried a multitude of nails from the walls, spackled, repainted and finally rehung the walls. It's so wonderful to walk into the room now, sparkling white, with the paintings carefully selected for theme and colors. I think Georg would be happy!

And not to forget the book, which is the raison d'etre for this blog!

Did you know that last month ebooks surpassed regular Amazon books in sales-for the first time?
Click below to add The Jew with the Iron Cross to your kindle and you may start reading right away!
Posted by Phyllis Rauch at 12:19 PM

NEWS OF GEORG RAUCH, THE ARTIST 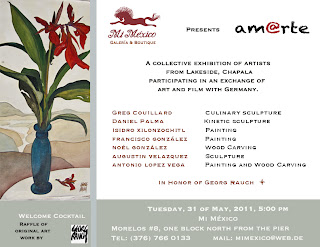 Most recently, on May 31st, Georg's art was honored at at an event in nearby Ajijic entitled Am@rte. It was a fun evening including art, music, food, wine tasting and a video of the artists who are planning to go to Berlin to live and work.  Am@rte also plans to bring artists from Berlin to Ajijic. This undertaking is the brain child of Alex Wagner, the owner of Mi Mexico. He has lucked out in hooking up with some wonderful, hardworking women in the arts, Larissa and Valentina.

All of these exhibitions and the Naked Stage production of Funker Rauch have also provided the opportunity for me to talk about and sell Georg's book in English and Spanish. I am more and more certain he is happily sitting  a cloud somewhere, peeking down and smiling to know he by no means forgotten!
Posted by Phyllis Rauch at 12:12 PM

NEWS OF GEORG RAUCH, THE ARTIST 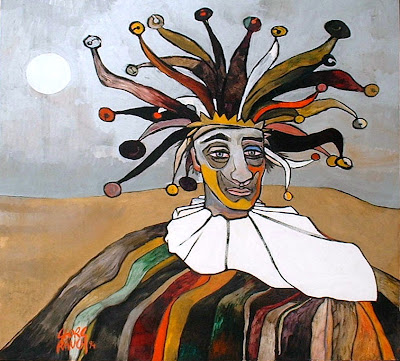 Although this is primarily a blog about Georg's memoir, in life he was inseparable from all that he did. He was a painter of oils and watercolors, a print maker, a sculptor, an inventor with a number of European and U.S. patents -and a writer. He considered himself an expressionist, since what he painted originated from within, from his feelings of joy, fun, anger, sadness. Often he didn't know himself what his paintings symbolized, since he wasn't given to analyzing or philosophizing about his art. "I'd rather paint than talk about painting."

After ten years of painting sad men or masked harlequins, Georg first acknowledged that all of this was an unconscious effort to cleanse himself of all that had taken place in the war, of his guilt and pain. And this brings us back to the book. What happened from the ages of 18 to 21 in Russia, as a foot soldier, in the trenches and as a Russian prisoner was to ionfluence his art, in one way or another for the next 50 years.

Ergo,  I've decided to add news about Georg's art to this blog. The first major showing after his death in 2006, was a collective homage at the Centro Cultural Gonzales Gallo in Chapala. Locally this lovely 19th century building, now museum and cultural center, is better known as the old train station.  After the exhibition I learned that this state museum did not yet have a permanent collection, so I gifted them with paintings and drawings from when we first arrived in Mexico, in the late sixties. There is now a special Georg Rauch room at the museum where visitors may visit this collection. Below are a painting and a drawing from the Chapala museum. Both of these were lovingly repaired by Sarahi, a local expert in art restoration 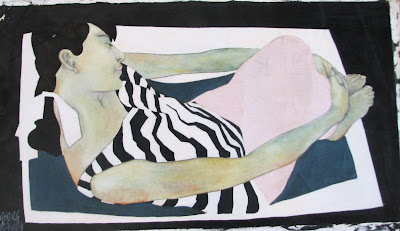 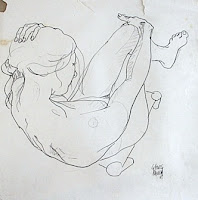 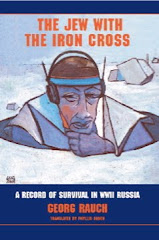 The Jew with the Iron Cross 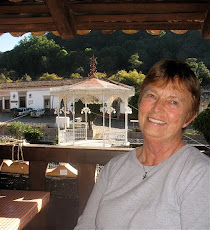 Welcome fans, friends, and you who have yet to read the book!

Though it has won prizes and rave reviews, The Jew with The Iron Cross. A Record of Survival in WWII Russia, hasn't had its own space on the web until tonight. I welcome you all and look forward to sharing news, old and new, about the book and those who have enjoyed it so much. Phyllis

Phyllis Rauch
Georg originally wrote the book on yellow legal pads, by hand, in German. The period during the writing of his memoir, was the only time he ever left his studio and stopped painting altogether.. As he completed the day's work he passed the pages on to me, and I translated them into English, editing at the same time. The manuscript was read by scores of friends and visitors to our Mexican B and B. Many told us that Georg's story needed to be told more widely. In July of 2006, 22 years after he wrote it, the book was published. On November 3rd Georg died at home.

The Boat by Georg Rauch 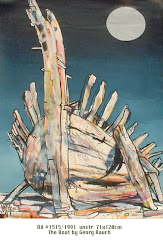